BOSTON’S OWN UP AND COMING GROUP: NOTORIETY

Who would have thought that the same dudes I sat next to in Brockton High would be Boston’s next big hip hop group. Vital Silveira and Charles Monfort are the two main Emcees in a refreshing group called Notoriety. With the help of another close friend Jon Glasser they are slowly but surely becoming a group to be recognized in the New England area. They have even started a movement through Twitter and Facebook called #Gainerz – defined as individuals using their ambitions as chaffeurs. #Gainerz is ambition and grinding personified. With daily motivational quotes, it’s easy to see why it’s become such a movement. It’s more than just a gimmick, it’s a way of life and it’s the only way to succeed.

Currently Notoriety has 2 mixtapes out; The Toast and JAM. For the third mixtape the group worked closely with Boston’s own DJ Statik Selektah and it was released Valentines Day 2011. I gotta say their second mixtape the JAM is my favorite. It’s more raw and gritty and it also shares my name. The first mixtape is always the one with the most heart though, it always feels like “this has to be it, I’m going all in” and you can feel it through the lyrics and beats on The Toast. The JAM is just as gritty but I will let you all form your own opinions. Visit their blog and download all their mixtapes at:  http://notorietymusic.blogspot.com/

#Gainerz get with it or get left behind! 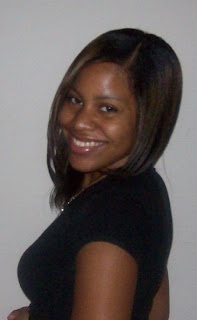 CURE HIPHOP mixtape leaks!!!! by curehiphop
HIT ME UP ON TWITTER @CureHipHop